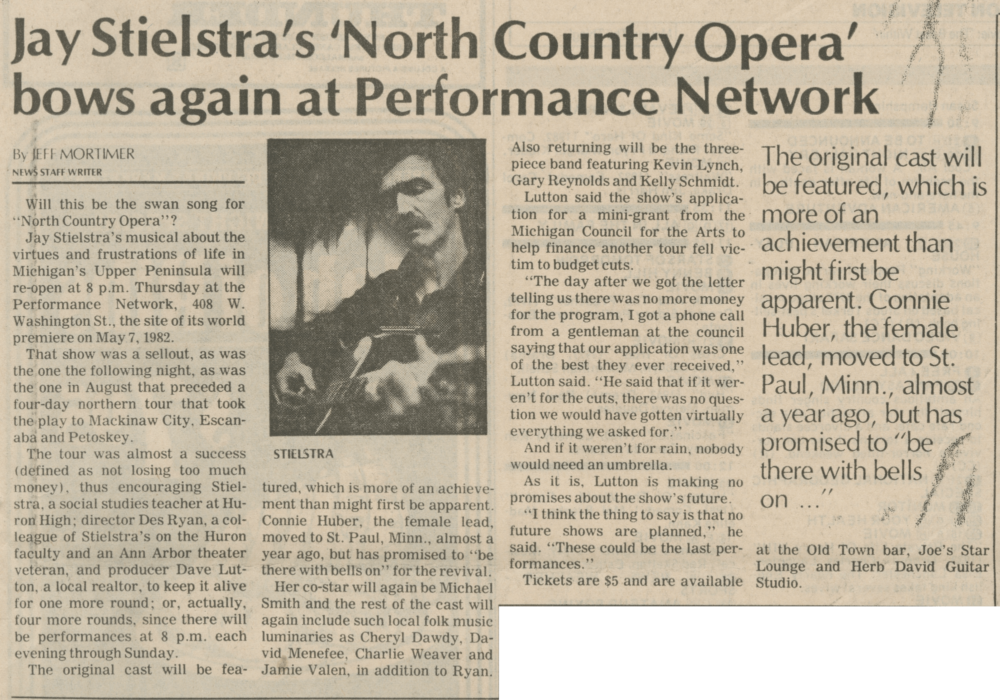 North Country Opera is a musical play by renowned Michigan playwright and song writer, Jay Stielstra. Set in the Buckhorn Bar in northern Michigan, it is the north country’s own version of a timeless love story: a young man falls in love with the beauty of the northern woods and rivers – and the woman he meets there. After leaving for the big city to pursue bigger and better things, he realizes how much he misses the two loves he left behind.

The Old Art Building will host its 40th Anniversary Revival.

A Tribute to Northern Michigan
The play is a loving tribute to the people and culture of northern Michigan: fishing for trout in the cold rivers, hunting for birds in the autumn woods, and snowmobiling in the winter. And of course, the comradery and wit of local characters found in a favorite tavern.