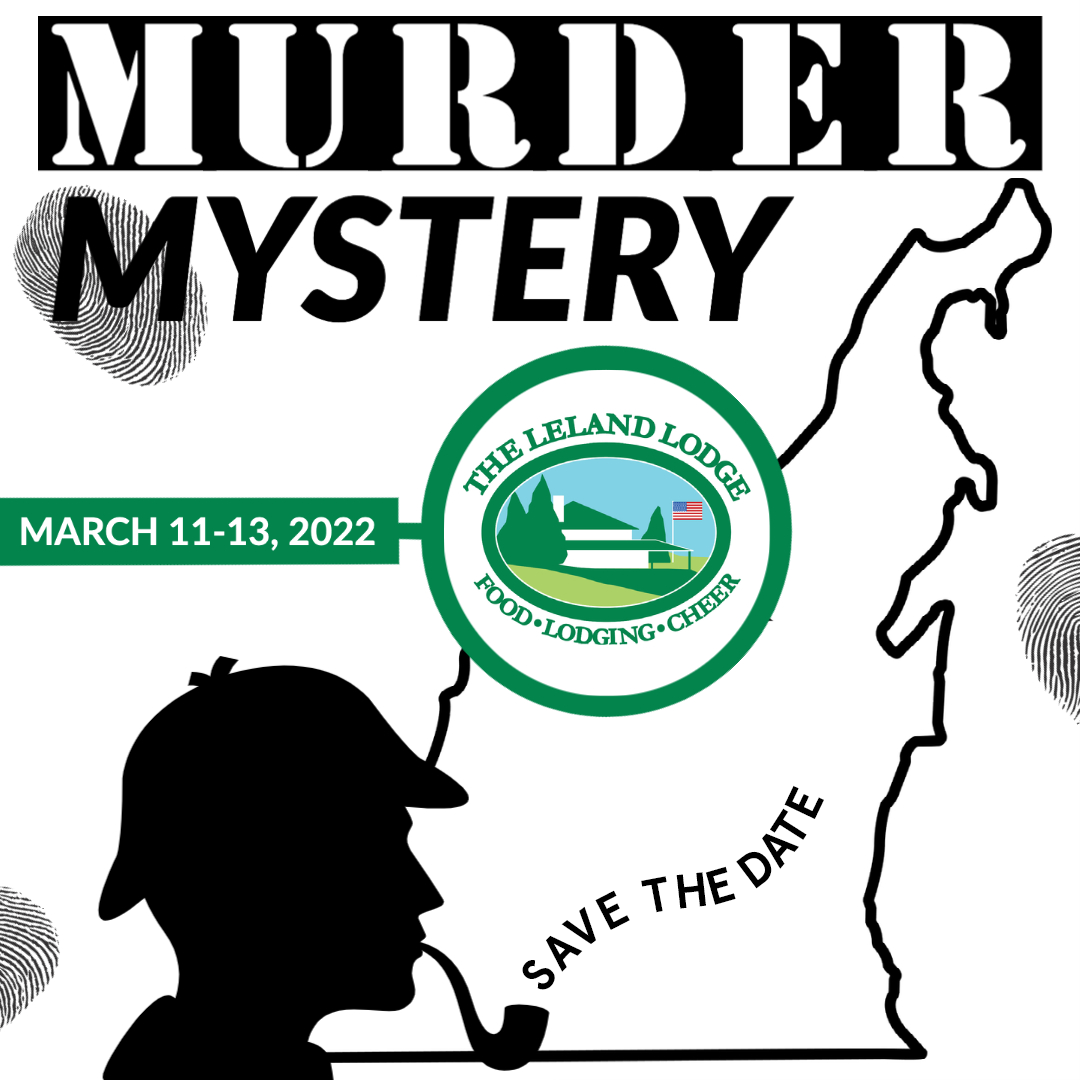 The Lodge recently announced that for the weekend of March 11-13, 2022, the first ever Murder Mystery Weekend at the historic, 95-year-old Lodge will take place. According to Glynn, in September 1926, on the current site of The Leland Lodge, the Nicholas Hotel burned to the ground. There were no fatalities reported that day, “or so we thought,” Glynn said ‘tongue-in-cheek’.

The team at the Lodge is expecting a sold-out event for what will likely become an annual must-do Leelanau County experience. The mystery begins on Friday night on the  Lodge’s patio when, after a special reception and dinner, local storytellers tell tales of famous Leelanau County murders and rehash stories of the 1926 hotel fire on that very spot.

But it will be at Saturday night’s main event where the murder takes place before the audience’s eyes. During the mystery cocktail hour, in addition to the overnight guests and locals who have arrived for the festivities, several other ‘uninvited’ guests will be mingling with the crowd. Listening for the clues and asking these “strangers” questions may help you solve the case later in the evening. Following the reception, a five-course dinner prepared by the Lodge’s culinary team will be interspersed with several interactive acts where the murder plays out and the murder mystery begins…and is later solved.